Waiting for a pizza at Morgan’s Corner Pizza and Subs. 13 miles to go until Elizabeth City. Other than our sore butts, it’s been a pretty good day.

We wanted to mail some stuff home this morning, so we killed some time having breakfast in Suffolk waiting for the post office to open. I wanted to go to The Plaid Turnip, but I got confused and we went to Simply Susan’s instead. I had a cookie called a Lu Lu, and a strawberry scone. Dana had a peach turnover. Then, about 5 minutes later, he had another peach turnover. The buttery, sugary awesomeness kept us going, fast and pain free, for the next 30 miles.

So after a quick stop at the post office, we headed back on route, and met Peter. He’s from Germany, riding Miami to Bar Harbor, solo. He was a bit confused by the road names around Suffolk – too many of them with Lake and Shore in them – so we stopped and discussed the ACA maps for a while, and he found his way back on route.

We crossed into North Carolina around mile 12 today:

I never took a Virginia state crossing picture when we left DC, so here’s one now: 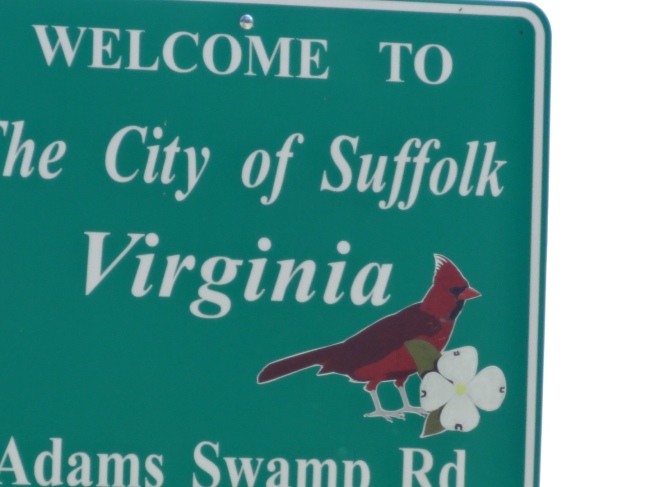 A few other things I forgot along the way:

We met a waitress in Richmond who asked where we’re from, and she said her mother lives in Lowell. So I put on my best mom voice, and told her to go visit her mother, go to the Folk Festival, and go to Simply Khmer. The latter really excited her, as it turns out she’s Cambodian.

And we saw this sign somewhere along the way, somewhat reminiscent of home:

and this one, just north of Suffolk, which totally cracked me up at the time: 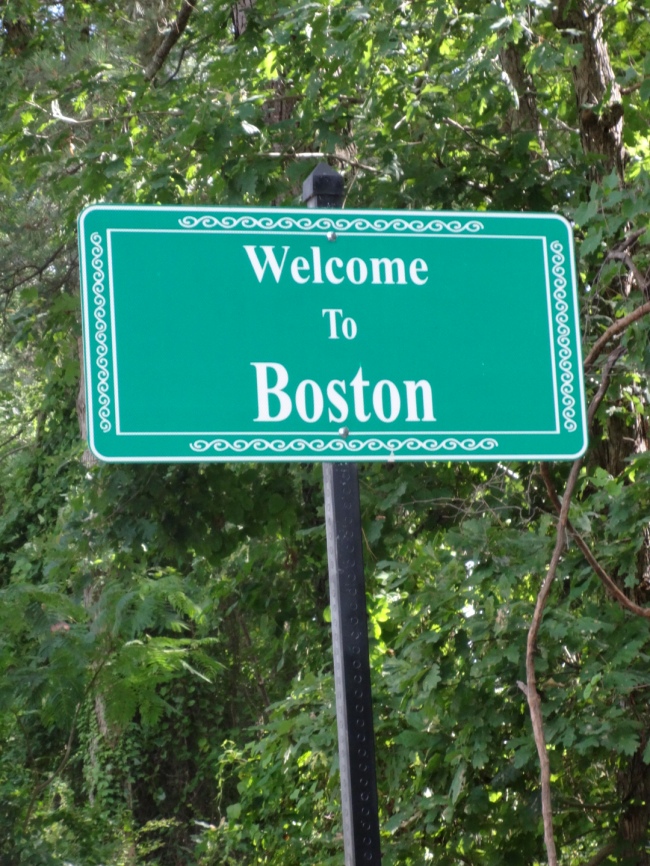 Back to today … we wanted to take a butt break in Sunbury, around mile 30. We saw a sign for peaches, so we figured we’d stop at a farm stand. But it was really a general store. The guy only sells peaches by the bushel, but he gave us 6 of them, plus we had some sodas, and we talked to his friend about fishing. I was expecting Andy and Opie to walk in any minute. Most of the stuff in the store was farm supplies and home-made jam. I would have loved to buy some jam, but – well – not gonna happen. The guy didn’t charge us for the peaches, but we paid him extra for the sodas, the opportunity to sit down, and the bag of ice that he gave us.

About a mile up the road we stopped at the Family Food Market for lunch. We sat in the shade behind the propane tanks, and watched the aftermath of a fender bender in the parking lot.

Lunch consisted of 2 candy bars, a bag of cashews, and a little boxed cherry pie. We put some of our ice into our water bottles, then I rested the ice bag on my knees for a while, then Dana rested it on his neck for a while. We got a lot of mileage out of that ice! Then we rode along the Great Dismal Swamp. I must admit I was a little nervous when I saw that name, but it was absolutely beautiful.

Somewhere between lunch and here, a Pasquotank Sheriff’s car pulled up next to us. Dana thought we were in trouble, until the guy put down his window and offered us 2 bottles of cold water. People are very nice around here! Then we saw this mismatched couple, which we thought were cute:

At the B&B in Elizabeth City, getting ready to walk downtown for dinner. I must say, it was a nice touch when we got to the B&B, and our name was on the front steps: 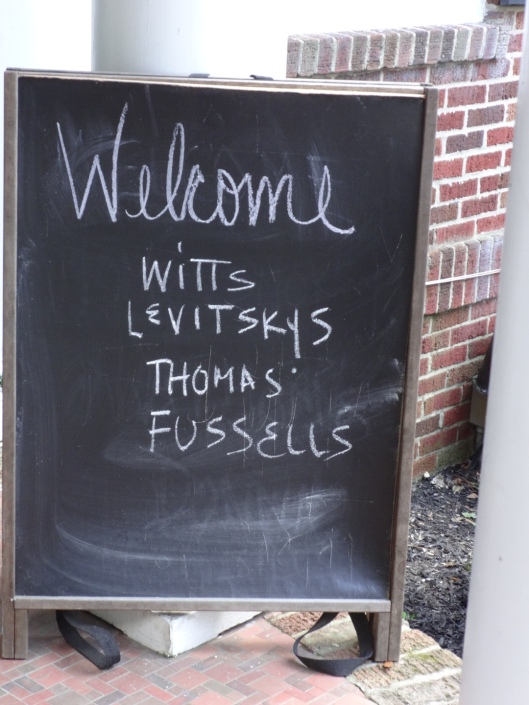 Dana is lying in bed right now, resting his back. Other than that, and general butt pain, we both felt great today. 58 miles, and we didn’t use our granny gears even once! I have started stretching, and I bought a knee support which I am wearing, on alternating knees, when I am off the bike. Plus we are both icing our various parts whenever we get a chance. And it probably doesn’t hurt that the terrain here is basically flat. I love flat!