In a bike shop in St. Augustine. It seems I’ve broken another spoke. That’s 4 rear wheel problems for me, zero for Dana. I think I must be doing something wrong – going too slow, being too wimpy, drinking too much Gatorade – something.

We returned the rental this morning, and rode through St. Augustine to the historic section. We saw the old Spanish Fort 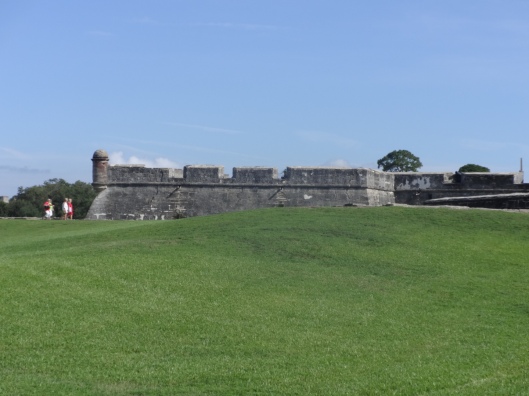 and then followed a tour bus to the fountain of youth. It turns out that the way to the Fountain of Youth is through the parking lot of a Howard Johnson’s – which is somewhat historic in it’s own right.

Here is the historic marker for the fountain – we didn’t go in, because it’s a huge tourist emporium. 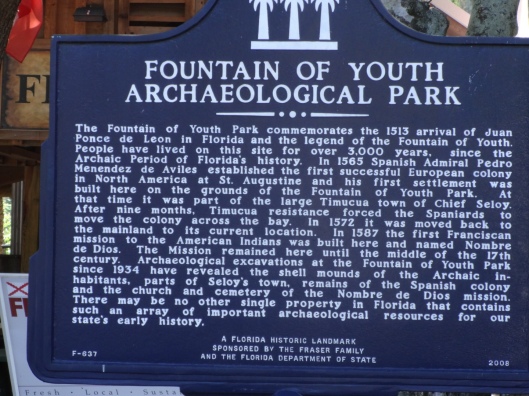 But since Dana wouldn’t let me drink from the fountain and fix everything that’s wrong with me, he agreed to take a picture with old Juan here. 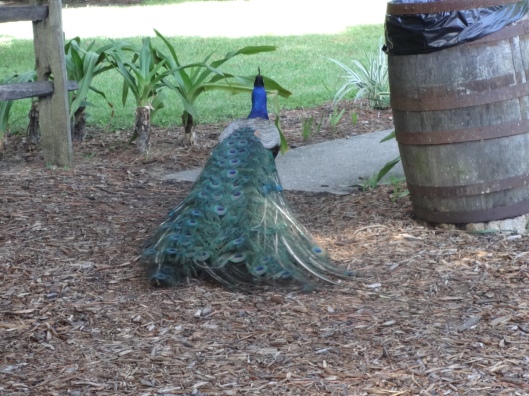 Also in the parking lot of the HoJo’s is this awesome, famous tree 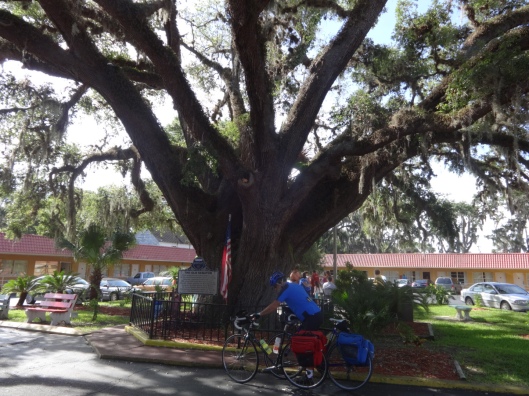 And here’s everything you need to know about the tree:

So then we tried to find the area in town with all the historic houses, because Dana thought I wanted to see it, and I thought he wanted to see it. So we rode around the brick and cobblestone streets for a while, basically until my spoke broke. We saw some lovely old homes, and the streets are narrow and very European looking, but we never saw the official historic house site.

So here we are at Island Bicycle, and Levi is putting a whole new rear wheel on my bike. Dana was nervous that once I rode on 2 broken spokes, more would happen soon. It seems like overkill, but Levi was very nice, he fixed it in only a half an hour, and we’re about to get back on the road.

Check out the cool ocean view from our $90 awesome hotel room at The Royal Floridian.

I forgot to mention the cool Spanish ships in the Intracoastal Waterway in St. Augustine. 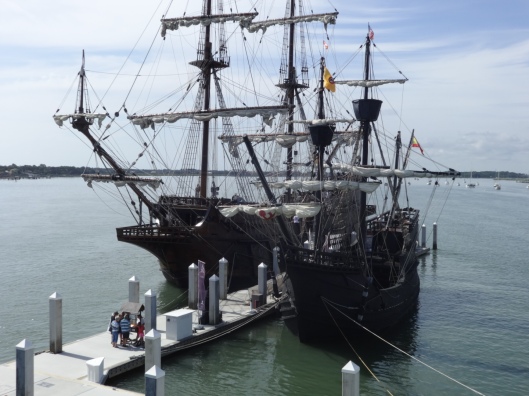 And that we got to watch the drawbridge go up.

Otherwise, riding from St. Augustine to Ormond Beach has been pretty much what you would expect. We’ve been on or near the water the entire time. We’ve crossed a few bridges, but they have all been safe, with wide shoulders and polite drivers.

We stopped for lunch at The Matanzas Innlet Restaurant, right over the Matanzas bridge. Everything just to the south of St. Augustine is named Matanzas, which means massacre. Go figure. But lunch was delicious.

Somewhere along the way we saw this house. People are really into pirates around here!

Ormond Beach is actually the sight of the first Daytona car race. Here is the historic marker. 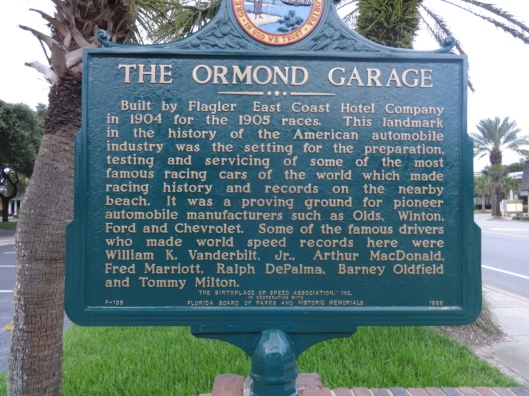 Of course, I forgot to take a picture of the garage, so now you have something to look forward to tomorrow.

Our exact distance for the day. Seems appropriate. 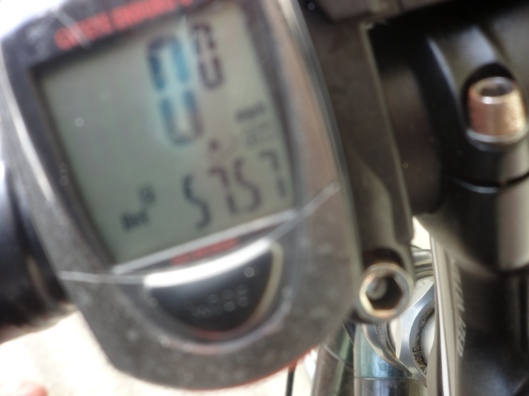